Posted by timmreardon on 09/14/2019
Posted in: Uncategorized. Leave a comment 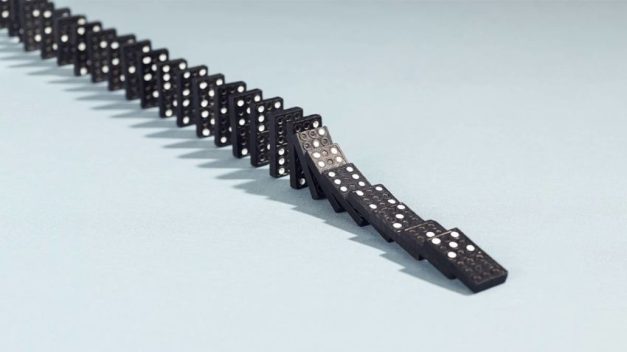 Launching major transformation efforts is a common way that business leaders try to get a leg up on the competition, or just keep their heads above water. But too many of these efforts fail. Change is difficult, and many people not only resist it but seek to undermine it. Unsurprisingly, then, a McKinsey study found that merely 26% of transformation initiatives succeed. Most successful transformations have one thing in common: Change is driven through empowerment, not mandated from the top.

In my research of transformative political revolutions, social movements, and organizational change, successful efforts not only identify resistance from the start but also make plans to overcome those who oppose the transformation. And it’s done not with bribes, coercion, shaming, or cajoling, but by enabling others within their organizations to drive change themselves. Here’s how they do it.

Start with a small group. Typically, leaders launch transformation efforts with a large kickoff. It makes sense: They want to build momentum early by communicating objectives clearly. This can be effective if a ready consensus already exists around the initiative. Yet if the desired change is truly transformational, it is likely to encounter fierce opposition; inertia can be a powerful force, even more powerful than hope or fear. So by starting with a large communication campaign, essentially presenting the initiative as a fait accompli, you are very likely to harden the opposition of those who are skeptical of the change.

Most successful transformations begin with small groups that are loosely connected but united by a shared purpose. They’re made of people who are already enthusiastic about the initiative but are willing to test assumptions and, later, to recruit their peers. Leaders can give voice to that shared purpose and help those small groups connect, but the convincing has to be done on the ground. Unless people feel that they own the effort, it’s not likely to go very far. For example, when Wyeth Pharmaceuticals set out to drive a major transformation to adopt lean manufacturing practices, it began with just a few groups at a few factories. The effort soon spread to thousands of employees across more than a dozen sites and cut costs by 25%.

Identify a keystone change. Every change effort begins with some kind of grievance: Costs need to be cut, customers better served, or employees more engaged, for example. Wise managers transform that grievance into a “vision for tomorrow” that will not only address the grievance but also move the organization forward and create a better future. This vision, however, is rarely achievable all at once. Most significant problems have interconnected root causes, so trying to achieve an ambitious vision all at once is more likely to devolve into a five-year march to failure than it is to achieve results. That’s why it’s crucial to start with a keystone change, which represents a clear and tangible goal, involves multiple stakeholders, and paves the way for bigger changes down the road.

That gap between aspiration and practical reality was the challenge that Barry Libenson encountered when he arrived at Experian as CIO in 2015. In his conversations with customers, it became clear that what they most wanted from his company was access to real-time data. Yet to deliver that, he would have to move from the company’s traditional infrastructure to the cloud, an initiative that raised serious concerns about security and reliability. He began by developing methods for accessing real-time data for internal use, rather than going straight to customer-facing features. That required his team to engage many of the same stakeholders and develop many of the same processes that a full shift to the cloud would have required and allowed him to show some early results.

“Once we developed some internal APIs, people could see that there was vast potential, and we gained some momentum,” Libenson told me. Experian not only successfully moved to the cloud but also launched its Ascend platform based on the new infrastructure, which is now the fastest-growing part of its business.

Network the movement. All too often we associate any large-scale change with a single charismatic leader. The U.S. civil rights and Indian independence movements will always be associated Martin Luther King Jr. and Mohandas Gandhi, respectively. In much the same way, turnarounds at major companies like IBM and Alcoa are credited to their CEOs at the time, Lou Gerstner and Paul O’Neill.

The truth is more complicated. King, for example, was just one of the “big six” of U.S. civil rights leaders. Gerstner gained allies by refocusing the company around customers. O’Neill won over labor unions by making a serious commitment to workplace safety. These examples show why, in his book Leaders: Myth and Reality, General Stanley McChrystal defines effective leadership as “a complex system of relationships between leaders and followers, in a particular context, that provides meaning to its members.”

Every large-scale change requires both leadership at the top and the widening and deepening of connections through wooing — not coercing — an ecosystem of stakeholders.

Consider the case of Talia Milgrom-Elcott, cofounder of 100Kin10. When she set out to start a movement to recruit and retain 100,000 STEM teachers in 10 years, she knew there was no shortage of capable groups working to improve education. In fact, she had worked with many people who were building myriad approaches to the issue. But they had never met one another. And so she created a platform for collaboration that brings together nearly 300 partner organizations through conferences, working groups, and networking. Today 100Kin10 is ahead of schedule to meet its goal.

Surviving victory. Often the most dangerous part of any transformation effort is when the initial goals have been met. That’s why successful transformation leaders focus not only on immediate goals but also on the process of change itself. If Wyeth had stopped at a 25% cost reduction, it would have soon found itself in trouble again. But because its employees embraced the lean manufacturing methods, the company was able to keep moving forward. In much the same way, if Experian had been satisfied with merely shifting to a new technology infrastructure, little would have been gained.

In some cases, the benefits of a successful transformation can last for decades. Remembering Gerstner’s IBM turnaround in the 1990s, one of his top lieutenants, Irving Wladawsky-Berger, told me, “Because the transformation was about values first and technology second, we were able to continue to embrace those values as the technology and marketplace continued to evolve.” After a near-death experience, the company remains profitable today.

Editor’s note: An earlier version of this article misidentified Barry Libenson as the CEO of Experian. He is the company’s CIO.
Greg Satell is an international keynote speaker, adviser and bestselling author of Cascades: How to Create a Movement that Drives Transformational Change. His previous effort, Mapping Innovation, was selected as one of the best business books of 2017. You can learn more about Greg on his website, GregSatell.com and follow him on Twitter @DigitalTonto.