The Government Accountability Office placed the Veterans Affairs Department’s healthcare system on a list of high-risk programs for 2015, saying at an April 29 Senate Veterans’ Affairs Committee hearing that the agency needs to address inadequate oversight and ambiguous policies.

“Risks to the timeliness, costeffectiveness, quality and safety of veterans’ healthcare, along with other persistent weaknesses GAO and others have identified in recent years, raised serious concerns about VA’s management and oversight of its healthcare system,” said GAO Healthcare Director Debra Draper at the hearing.

GAO prepared testimony (pdf) says VA operates one of the largest healthcare delivery systems in the nation, including 150 medical centers and more than 800 community-based outpatient clinics.

Enrollment in the VA healthcare system has grown significantly, increasing from 6.8 to 8.9 million veterans between fiscal years 2002 and 2013, GAO says.

Over this same period, Congress has provided steady increases in VA’s healthcare budget, increasing from $23.0 billion to $55.5 billion.

“VHA is at risk of not performing its mission as the result of several intersecting factors,” Deigh said. “VHA has several missions, and too often management decisions compromise the most important mission of providing veterans with quality healthcare.”

Daigh focused on the Veterans Integrated Service Networks – regional offices that are set up to oversees VA medical centers in certain areas – saying the current VISN structure has not worked effectively to support and solve problems facing hospitals.

One role of the VISNs is to make sure medical providers at each facility are doing their job properly with periodic reviews.

Daigh said in prepared testimony (pdf) that a forthcoming VA OIG report found that in hospitals where there are specialty units with small numbers of providers, it is difficult to obtain unbiased peer reviews of clinical cases and assessments of clinical performance by peers.

That lack of data makes it difficult for VISN’ to accurately assess medical care providers. But medical centers shouldn’t be shouldering all of the blame, Daigh said.

“The VISN structure has been inconsistently effective in addressing this issue,” he said.

“This lack of standardization makes the dissemination of information and policy to facilities challenging and the acquisition of critical data from facilities more difficult,” Daigh said.

For more:
– go to the hearing page (webcast and prepared testimony available)

Posted by timmreardon on 09/27/2014
Posted in: GAO Reports, Uncategorized. Leave a comment

Although cloud computing could result in significant cost savings for HHS, the department has allocated just 1% of its overall budget to such services, according to a new Government Accountability Office report, Health Data Management reports.

For the report, GAO examined the cloud computing services of seven federal agencies, including HHS. The report compared the status of such services in fiscal year 2014 budgets with its previous report in 2012, about three years after the Office of Management and Budget issued the federal Cloud First policy, which requires agencies and departments to implement cloud-based services whenever there is a cost-effective, reliable and secure opportunity to do so.

The GAO report found that HHS:
•Increased its number of cloud computing services from three in July 2012 to 36 in July 2014 (Slabodkin, Health Data Management, 9/26); and
•Increased its spending on cloud computing services from $26 million in FY 2012 to $64 million in FY 2014, which corresponded to an increase from 0% of its IT budget to 1% of its IT budget.

However, the report found that only four of HHS’ 36 current cloud computing services reduced costs, for a total savings of $1,190,000.

GAO cited two major reasons why cloud computing services did not result in savings:
•The change to such services was intended to improve service, and not to reduce costs; and
•In some cases, such services created an additional service or improved quality of service, which created added costs that offset any savings.

Last week, the House Appropriations Committee approved a fiscal year 2015 budget plan that would withhold 75% of the funding the Department of Veterans Affairs requested for electronic health record system upgrades until the department can prove that it has made progress on EHR interoperability with the Department of Defense, the Military Times reports (Shane, Military Times, 4/16).

In February 2013, DOD and VA officials announced plans to halt a joint integrated EHR, or iEHR system, and instead focus on making their current EHR systems more interoperable.

The iEHR project was aimed at allowing every service member to maintain a single EHR throughout his or her career and lifetime.

The House and Senate in December 2013 approved a funding bill — the National Defense Authorization Act — that required VA and DOD to develop a plan for an interoperable or single electronic health record system by Jan. 31 (iHealthBeat, 4/7).

In January, DOD announced that it would keep its current EHR system through the end of 2018.

Last month, the Government Accountability Office released a report that said DOD and VA “have not substantiated their claims” that implementing separate, interoperable EHR systems will be more affordable and quicker than their original plan to develop a joint EHR system for both agencies (iHealthBeat, 3/17).

The House budget proposal for VA includes about $65 billion in discretionary funding in FY 2015, a $1.5 billion increase from 2014’s funding levels. However, the funding is roughly $400 million less than what Obama administration officials had requested (Military Times, 4/16).

The 2014 Omnibus Appropriations Act prohibits VA and DOD from collecting more than 25% of their funding if they fail to meet EHR interoperability goals.

Rep. John Culberson (R-Texas) said if the departments “want their money, they’re going to have to earn it” (EHR Intelligence, 4/17).

Rep. Sanford Bishop (D-Ga.) added that he hopes the funding cuts will “finally [get] the two departments’ attention, and I expect to see some real progress on this soon” (Military Times, 4/16). 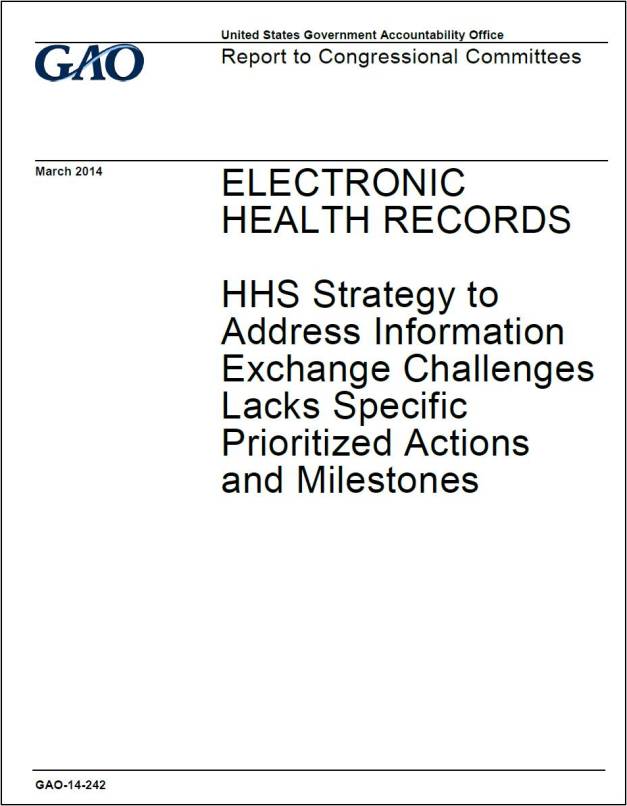 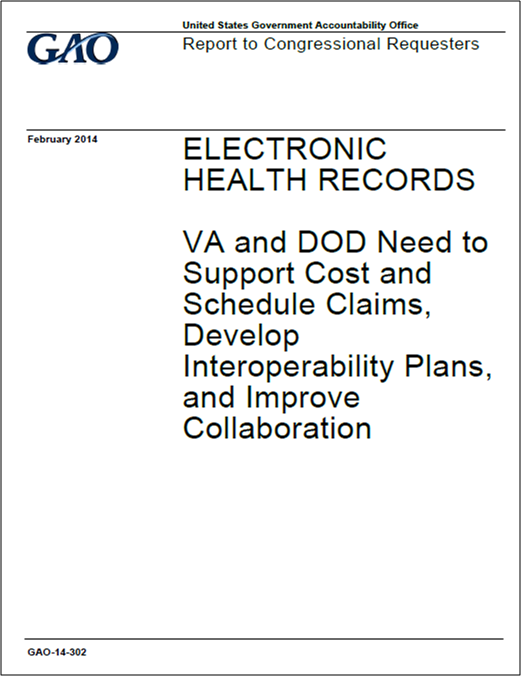 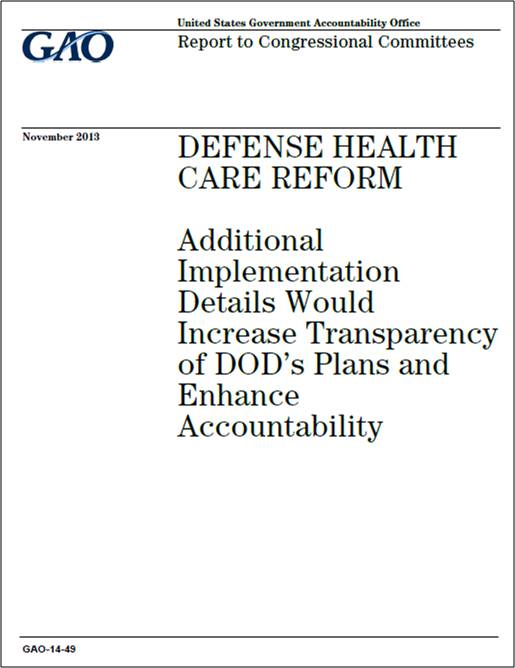