Posted by timmreardon on 04/13/2019
Posted in: Uncategorized. Leave a comment

The USAF is updating the health IT infrastructure at its military treatment facilities to prepare for MHS GENESIS EHR system implementation because of pilot deployment problems. 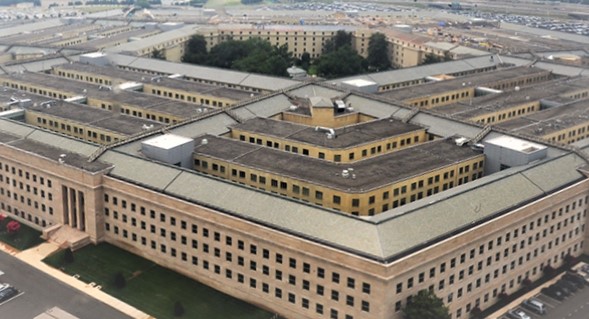 April 05, 2019 – The U.S. Air Force (USAF) is updating the health IT infrastructure at its military treatment facilities to prepare for MHS GENESIS EHR system implementation because of problems with a pilot deployment at Fairchild Air Force Base in Washington.
As a result of lessons learned at Fairchild, the Air Force is investing in network upgrades at least six months prior to training and go-live to alleviate technical problems experienced during the pilot MHS GENESIS implementation there, Lt. Gen. Dorothy Hogg, the Air Force surgeon general, told the Senate Appropriations Committee’s defense subcommittee on April 3.
The Fairchild pilot was one of four that the Department of Defense carried out at military facilities in the Pacific Northwest.

DoD to Roll Out Next Phase of EHR Modernization This Fall
DoD Restructures Management of Medical Treatment Facilities
DoD Health Data Exchange Gets Bridge Contract As GAO Hears Appeal
MHS GENESIS implementation “requires broad systems and network improvements, as well as business process changes to achieve standardization and culture change,” Hogg asserted in prepared testimony.
In addition, the Fairchild pilot identified issues with the USAF training program for the new EHR system. “Immature workflows limited training effectiveness for the entire staff, beyond the designated MHS GENESIS ‘super-users’ who were tasked to help other members learn the system. We developed a new training approach in coordination with the Defense Health Agency, informed by the challenges and solutions from Fairchild and the other early sites,” she related.

MHS GENESIS replaces legacy DoD EHR systems, including the Armed Forces Health Longitudinal Technology Application, the Composite Health Care System, and components of the Theater Medical Information Program-Joint.
It will support more than 9.5 million DoD beneficiaries and approximately 205,000 military health system personnel.
All DoD and VA Medical Data Will Stored in Single Database
Stacy Cummings, former program executive officer for the defense healthcare management systems, told the subcommittee that both DoD and the Department of Veterans Affairs (VA) will be using the same Cerner commercial software solution for their EHR systems and will deploy one single instance; all the medical data from the DoD and VA will be stored in a single database.
The MHS GENESIS pilot program, according to Cummings, produced the following improvements: 32 percent increase with the number of patients seen in outpatient care settings; 8.1 percent improvement in turnaround time for chemistry lab tests; 88.5 percent average in discharge medication reconciliation compliance; 84 percent average bar code medication administration compliance; and 63 percent increase in new prescriptions and refills.
Cummings, who is currently the principal deputy assistant secretary of defense for acquisition, said that the MHS GENESIS deployment will occur by region—three in the continental United States and two overseas—in a total of 23 waves. Each wave will include an average of three hospitals and 15 physical locations and will last approximately one year.
This approach allows the DoD to use lessons learned and experience from prior waves to maximize efficiencies in subsequent waves. Full operational capability, including garrison medical and dental facilities, is expected for 2023, she said in her prepared statement.
Cummings related that DoD and VA signed a joint commitment statement in September of last year, pledging to align VA and DoD strategies on deploying an interoperable EHR system. The DoD and VA then evaluated their program elements, including infrastructure, incorporating of clinical and business processes, and other requirements from the functional, technical, and programmatic communities.
To accomplish this integration, the two agencies set up the Federal Electronic Health Record Modernization Program Office, which will provide a “more comprehensive, agile, and coordinated management authority to execute requirements necessary for a single, seamless integrated EHR,” she explained.
The U.S. Coast Guard has joined the EHR implementation as well. The combined DoD-VA-USCG EHR solution will focus on clinical services, interfaces, and a shared infrastructure to enable shared workflows, user roles, order sets, training, and cybersecurity standards, Cummings concluded.