The Deadly Consequences Of Financial Incentives In Healthcare – Forbes

Posted by timmreardon on 01/29/2019
Posted in: Uncategorized. Leave a comment 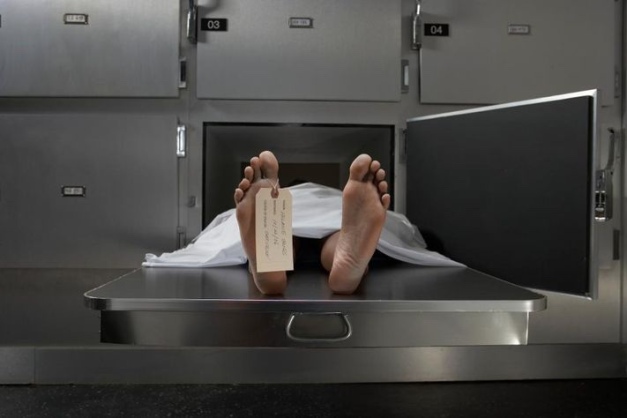 Imagine you’re a CEO in charge of a healthcare organization with thousands of physicians and 19 hospitals.

Overall, the quality of care delivered is good. Prices and costs are low. But there is a problem: Patients rate your service below average. Making matters worse, a swarm of low-priced competitors have moved in, challenging your market share. You’re going to need to improve patient satisfaction to survive. What do you do?

About 20 years ago, this was my predecessor’s problem at Kaiser Permanente. Under enormous pressure, the CEO came up with what he thought was a great solution: A patient-satisfaction incentive program.

It could not have been a bigger disaster.

Hundreds of thousands of KP members mailed in their satisfaction surveys, revealing that 16 of 19 medical centers hit their stretch target. The winning facilities got huge payouts, but inside the three that missed out, resentment erupted, and persisted, not just that year but for decades to come.

It wasn’t laziness or indifference that caused the three medical centers to fail. On the contrary, those facilities had experienced unprecedented spikes in membership that year. As any physician will tell you, patient relationships don’t just blossom overnight. They take time to develop, thus the lower overall scores.

Things weren’t any better inside the 16 facilities that won. The following year, with financial challenges mounting at KP, leaders scratched the incentive program altogether. Suddenly, without any extrinsic motivation to make patients happier, doctors returned to their previous pattern of behavior. Service took a hit and brand perception crashed.

In medicine, financial incentives rarely achieve their intended goals. It’s not because they don’t work. As I tell students at the Stanford Graduate School of Business, it’s because they work too well.

But what happens when a group of well-intended leaders tries using money to improve clinical quality? As a study recently published in JAMAdemonstrates, the consequences can be fatal.

I’ll let the researchers explain backstory, as they did in this New York Times op-ed:

A decade ago, one in five Medicare patients who were hospitalized for common conditions ended up back in the hospital within 30 days. Because roughly half of those cases were thought to be preventable, reducing hospital readmissions was seen by policymakers as a rare opportunity to improve the quality of care while reducing costs. In 2010, the federal agency that oversees Medicare … established the Hospital Readmissions Reduction Program (HRRP) under the Affordable Care Act. Two years later, the program began imposing financial penalties on hospitals with high rates of readmission within 30 days of a hospitalization for pneumonia, heart attack or heart failure.

Like most financial-incentive programs, HRRP was created for the right reasons. Logic dictates that if you pay doctors to prevent readmissions (or in this case, penalize them when they fail), they’ll make doubly sure patients are healthy enough to go home before releasing them from the hospital.

At first, it seemed to work. Five years into HRRP, readmission rates were down and Medicare had saved $10 billion. But as calls to expand the program grew louder, researchers shed light on the program’s unintended consequences.

True to the program’s intention, researchers found no increase in readmissions or mortality for patients with acute heart attacks. This makes sense. Patients who survive a myocardial infarction (MI) rarely suffer another cardiac event within 30 days.

However, data concerning the other two “penalized” diagnoses (pneumonia and heart failure) raised huge red flags about the program.

“Post-discharge deaths increased by 0.25% for patients hospitalized with heart failure and by 0.40% for patients with pneumonia since implementation of the 30-day readmission rules,” according to the study’s lead author, Dr. Rishi K. Wadhera of the Harvard Medical School.

These fractional increases don’t look all that significant until you consider that, during the period of this study, there were 3.2 million Medicare members admitted for heart failure and 3 million more for pneumonia. Phrased differently, the program’s financial penalties caused 8,000 unnecessary deaths from heart failure and 12,000 from pneumonia. Because HRRP used money to discourage doctors from readmitting patients who otherwise would have benefited from hospital treatment, 20,000 people died unnecessarily within the span of five years.

What happened here? How do we explain people dying from a program designed to improve clinical outcomes for hospitalized patients? The answer is two-fold.

The first part has to do with the diseases measured. Patients recovering from pneumonia and heart failure often relapse, not because of poor medical care or premature discharge, but due to the nature of their underlying heart and lung problems.

When the very sickest of these patients relapse, they’re almost always readmitted. In these situations, attending physicians accept the HRRP penalties as unavoidable. And because the sickest patients get the follow-up care they need, death rates among this group didn’t increase, according to the research.

The same can’t be said for patients who were on the “borderline.” Instead of readmitting them to the hospital, doctors often refer them to an outpatient observation unit or keep them in the ER for prolonged periods of time. For the hospital, neither action counts as a “readmission” and, therefore, no penalty is incurred. Among these patients, however, death rates rose significantly compared to the period before HRRP’s implementation.

This brings us to the second part of the explanation, which has to do with how the human mind responds to financial incentives. Numerous brain-scanning studies have demonstrated that large rewards and penalties cause our minds to undergo a “shift” in perception, leading to all sorts of questionable behaviors.

Second, we created educational programs to help physicians improve their satisfaction scores with personal coaching and development opportunities. Finally, we made it easier for doctors to satisfy patients by offering convenient access to care through technology. Allowing busy people to email with their doctors or participate in video visits had a positive and powerful impact on the satisfaction scores.

As a result, KP earned the highest ranking for “health plan member satisfaction” by J.D. Power and stayed at the top year after year. We used the same type of approach to improve quality: transparent performance data, broad education and advanced technology. The result was a sharp reduction in both hospital utilization and a major decrease in mortality.

Personal financial incentives do create change, but rarely the kind of change patients want or deserve. Physicians are intrinsically motivated to do their best for patients. With the right combination of leadership, resources and a mission-driven spirit, they can and they will.

Dr. Robert Pearl is a former healthcare CEO who teaches at Stanford. More than 10,000 people subscribe to his “Monthly Musings on American Healthcare.” Follow him @RobertPearlMD