Posted by timmreardon on 01/22/2019
Posted in: Uncategorized. Leave a comment 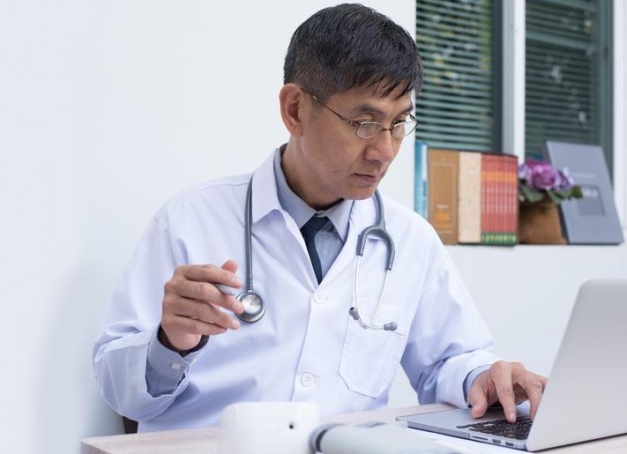 Despite the promise that electronic health records would cut billing costs, savings have yet to materialize, according to a major new study by researchers at Harvard Business School and Duke University.

“The theory was that part of having electronic records was to lower the cost. We didn’t find much evidence for that,” says coauthor Robert S. Kaplan, senior fellow and Marvin Bower Professor of Leadership Development, Emeritus, at Harvard Business School.

The research, conducted at Duke University Medical Center in 2016 and 2017, found that generating a single bill cost anywhere from $20 to $215 depending on the type of visit. That’s despite the fact that Duke has an established electronic health record (EHR) system and an efficient, centralized billing department, Kaplan says.

Administrative costs account for at least a quarter of health care spending in the United States. That is twice the administrative overhead found in Canada and is significantly higher than most other high-resource countries.

Adoption of certified EHR systems was seen as a potential antidote. By digitizing patient records and adding billing workflows around them, the efficiencies would drive down processing costs, it was theorized.

The problem: Automation may help on some record-keeping tasks, but it also imposes its own costs. “In fact, more costs were shifted over to doctors in that they had to enter more codes into the so-called automated system,” Kaplan says. “Turns out that that gets them annoyed, and it distracts them from dealing with the patient.”

To calculate the costs, the study used time-driven activity-based costing, a method Kaplan co-developed. “We tracked how much time each person spent dealing with that bill, we determined the cost per minute of each person, and we just multiplied the two numbers and added them up across all the personnel involved in preparing a bill,” Kaplan says.

Working with Kaplan were Phillip Tseng, Duke University School of Medicine; Barak D. Richman, Duke Law School and the Duke-Margolis Center for Health Policy; Mahek A. Shah, Institute for Strategy and Competitiveness at HBS; and Kevin A. Schulman, the Duke Clinical Research Institute, Duke University School of Medicine, and HBS. The researchers plan to replicate the study internationally to compare costs in Switzerland and other countries.

It’s complicated
As for why administrative costs are so high in the United States and why EHR systems haven’t cut costs more, the answer is complicated, Kaplan says.

One reason is the multiplicity of payers, including Medicare, Medicaid, and commercial insurance companies, with reams of contracts differing in coverage and procedure prices. The different contracts don’t even share a common structure. (In Canada, by contrast, national health care is a single-payer system.)

In other industries, he says, complexity that doesn’t add value is whittled away through competition. “In health care there’s not a lot of competition that extinguishes bad practice, so bad practice can persist for a long period of time.”

Other cost drivers include the nature of health care transactions with third-party involvement, the somewhat clunky EHR systems themselves that combine billing with health records, and fee-for-service payment systems. “Every time the patient moves, there’s another charge we hit them with.”
Bundled payments would help
Kaplan advocates a bundled payment system, where there is one negotiated price for a specific condition, covering everything from the patient’s copay to any medication needed during the procedure. Medicare and large private employers General Electric and Walmart are leading the drive. In General Electric’s case, its employees and retirees are sent to New England Baptist Hospital for joint replacement surgery. Because the provider is getting paid one price, that leads to greater accountability for patient outcomes, Kaplan says.

“When we buy a car we don’t send a separate check to the tire manufacturer or the fuel pump producer. We make one payment and we get everything in there,” Kaplan said. “But anyone whose visited a doctor or a hospital recently knows you get a sequence of charges over the next six months.”

Bundled payments would be so much simpler.  “We can run it off an Excel spreadsheet,” says Kaplan.