Posted by timmreardon on 03/25/2018
Posted in: Uncategorized. Leave a comment

The MyHealthEData Initiative, announced by CMS’ Seema Verma at HIMSS18, is too light on detail to make much of a difference, said the former VP – who offered his own way forward. 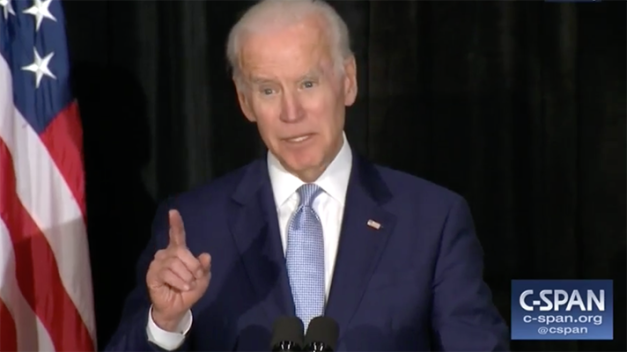 A new commentary from former Vice President Joe Biden says interoperability roadblocks have been standing for far too long – and that the Trump administration’s current plans to fix the problem are insufficient.

Writing for Fortune, Biden alluded to HIMSS18, where Centers for Medicare and Medicaid Services Administrator Seema Verma unveiled the MyHealthEData Initiative, which aims to make patients a lynchpin of data exchange improvements, and where White House Advisor Jared Kushner said President Donald Trump is “is determined to make interoperability a reality for all Americans.”

Biden’s take? “Unfortunately, the announcement lacked many specific actions to effectively implement the initiative. I agree with the administration’s stated goals, but real action is needed – and now is the time.”

Too many EHR vendors and healthcare providers have been dragging their feet on interoperability, said the former VP.

“Many would say this was done on purpose because it meant they could lock up customers by making it time-consuming and expensive to change systems,” he wrote.

It’s long past time to “get serious and specific about the details to take action in the near term,” said Biden. “We have now had nearly a decade to examine the consequences of how the electronic health record systems have been deployed.

“The industry has had ample opportunity to voluntarily address the issues of interoperability and putting data in patients’ hands, and they have not done so,” he added. “Now is the time to do something about the data silos they have created – to improve health and extend lives.”

Biden cited several Obama Administration achievements on that front, from the Blue Button initiative to NIH and ONC’s Sync for Science project. But he said a more comprehensive plan was needed to fix interoperability once and for all.

His work with the Cancer Moonshot and Biden Cancer Initiative have convinced him more than ever, he said, that more pragmatic and enforceable steps have to be taken to ensure that patients don’t have to “jump through hoops to access and share their own data.”

Among the specific ways forward Biden proposed: Healthcare organizations “should be required to provide patients with their full medical record in electronic form within 24 hours of a request, and those providers who do not comply should be held accountable by the U.S. Department of Health and Human Services for data-blocking as outlined in the 21st Century Cures Act.”

He also said the Center for Medicare and Medicaid Innovation should invest in a “uniform patient data portal” that stores data from every provider patient might see along the care continuum. “The technology exists to do this,” he said.

Biden called on HHS to build on existing agreements with the EHR vendors – Allscripts, athenahealth, Cerner, drchrono, Epic, and McKesson – that participate in the Sync for Science program. And he said the National Cancer Institute should “partner with their network of designated NCI-comprehensive cancer hospitals and patient groups, to launch a new cancer data trust – wherein data contributors and data users would agree to set of criteria and act as the ‘trustees’ of the contained EHR, diagnostic, genomic and outcomes data.”

He said the Biden Cancer Initiative would “work with anyone willing to identify new solutions and to implement new actions and collaborations to make that possible,” and that he wants to work with the Trump administration to help “make the specific changes necessary to truly put patients at the center of our healthcare system.”