Posted by timmreardon on 02/03/2018
Posted in: Uncategorized. Leave a comment

It’s already planning to pull back on work that protects the world from pandemics.

Last October, I wrote that a large pot of money, dedicated to protecting the world from infectious diseases, was about to run dry.

In December 2014, Congress appropriated $5.4 billion to fight the deal with the historic Ebola epidemic that was raging in West Africa. Most of that money went to quashing the epidemic directly, but around $1 billion was allocated to help developing countries improve their ability to detect and respond to infectious diseases. The logic is sound: It is far more efficient to invest money in helping countries contain diseases at the source, than to risk small outbreaks flaring up into large international disasters.

But the $1 billion pot, which was mostly divided between the Centers for Disease Control and Prevention and USAID, runs out in 2019—a fiscal cliff with disaster at its foot. As I wrote:

That money has been used well, to train epidemiologists, buy equipment, upgrade labs, and stockpile drugs. If it disappears, progress will halt, and potentially reverse. The CDC, for example, would have to pull back 80 percent of its staff in 35 countries, breaking ties with local ministries of health.

This is now coming to pass. Two weeks ago, Betsy McKay at TheWall Street Journal reported that the CDC, with no firm promise of future funding, is indeed preparing to downsize its work in 39 countries. Those include the Democratic Republic of Congo, which recently experienced its eighth Ebola outbreak, and China, which is currently undergoing its worst outbreak of H7N9 bird flu. Lena Sun of The Washington Post confirmed this report on Thursday, writing that “notice is being given now to CDC country directors” as the first part of a transition.

The CDC is not the only affected agency. USAID also received $300 million from the same dwindling pot of money, which it used to expand its work in the Middle East and Asia. Those programs may also have to shut down in 2019.

These changes would make the world—and the United States—more vulnerable to a pandemic. “We’ll leave the field open to microbes,” says Tom Frieden, a former CDC director who now heads an initiative called Resolve to Save Lives. “The surveillance systems will die, so we won’t know if something happens. The lab networks won’t be built, so if something happens, we won’t know what it is. We can’t be safe if the world isn’t safe. You can’t pull up the drawbridge and expect viruses not to travel.”

The $1 billion of Ebola money was used under the umbrella of the Global Health Security Agenda—a five-year international partnership to improve the health security of developing nations. Barack Obama convened the GHSA in 2014 with strong bipartisan support, and it has already made a significant difference.

Thanks to the GHSA, Uganda now has a secure lab for studying dangerous germs. Tanzania has a digital communications network so people can phone in information on potential outbreaks from remote locations. Liberia has more than 115 frontline disease detectives trained by the CDC. Cameroon shortened its response time to recent outbreaks of cholera and bird flu shortened from 8 weeks to just 24 hours. The DRC controlled an outbreak of yellow fever and built an emergency operations center (EOC)—a kind of war room for responding to outbreaks. But there is still much to do: The DRC, for example, still needs to train staff to run its EOC.

Last October, at a meeting in Kampala, Uganda, Tim Ziemer, the White House senior director for global health security, confirmed that the United States wants to ensure that GHSA is extended to 2024. “Distance alone no longer provides protection from disease outbreaks,” he noted. “We recognize that the cost of failing to control outbreaks and losing lives is far greater than the cost of prevention.” (Ziemer’s leadership is a promising sign for the public-health community, given his redoubtable credentials: He led George W. Bush’s President’s Malaria Initiative, and has been described as “one of the most quietly effective leaders in public health.”)

But that verbal commitment hasn’t yet been followed by a financial one. It is entirely possible that the next budget, which is due to be issued on February 12, will include money for the GHSA. But the uncertainty has already forced the CDC to begin preparing for potential pullbacks. Damage is already being done. “The reality is that people have to prepare and live their lives,” says Linda Venczel, from PATH, a nonprofit working in global health. “People are packing their bags and looking for other jobs. Things will unravel pretty quickly.”

If that happens, much of the good work that the CDC has accomplished in the last five years, and much of the $1 billion investment, will have been for naught. “To respond to an outbreak, you need to have a presence on the ground to execute emergency operations, and that has to be based on existing trust,” says May Chu, who was part of the White House Office of Science and Technology Policy during the recent Ebola outbreak. If people move on, the relationships that have been built over the last four years will erode, and would have to be built all over again come the next crisis.

“If we pull away from the GHSA in this way, other countries that provide funding and technical assistance will also likely do the same,” noted Tom Inglesby, from the Johns Hopkins Bloomberg School of Public Health, at a Senate committee hearing on America’s preparedness for 21st-century public-health threats. 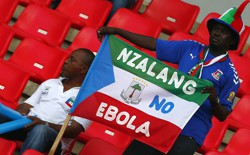 All of this is but a symptom of a greater malady: our inability to learn from the past. Time and again, diseases flare up, governments throw money at the problem, the crisis recedes, and funding dries up. It happened after anthrax attacks in 2001 alerted people to the risk of bioterrorism. It happened in 2003, after SARS showed people how quickly a new disease could spread around the globe. The world is caught in a cycle of panic and neglect.

“Every time there is an epidemic, the question that always follows is: Why were we so unprepared?” says Nahid Bhadelia, from Boston University. Ironically, the lack of funding is “undercutting the very same programs created in response to the lessons learned after the Ebola epidemic—programs that catch and halt infectious diseases threats early so we can keep U.S. communities and borders safe. We can’t get rid of programs that literally work toward global-health security and expect that the results of the next epidemic will be any different than the last.