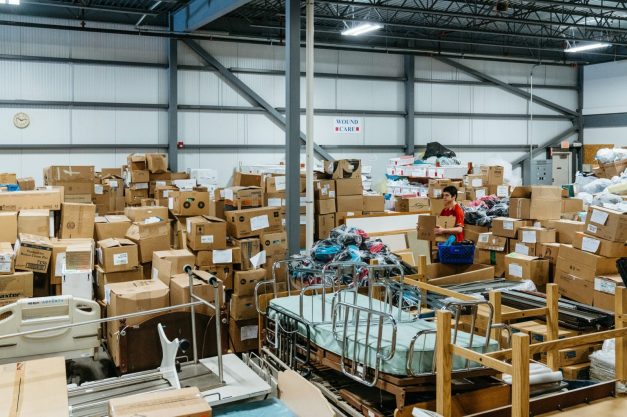 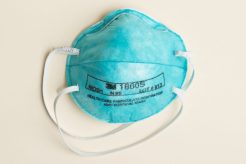 In Maine, there’s a warehouse the size of a middle school gymnasium, stuffed with brand-new medical supplies and gently used medical equipment. Several pallets are piled with boxes of surgical sutures, still in their shrink wrap, each box worth hundreds of dollars. Tubs overflow with diabetes supplies and surgical instruments that may run hundreds of dollars apiece. There are bins of bandages and gauze and saline and ostomy bags and every other medical supply you can imagine. These materials, unexpired, could easily stock any hospital or clinic. But each item has actually been thrown away by a local medical facility.

The cost of health care has been rising for decades, and Americans are paying the price. In a recent Gallup poll, people cited the high cost of care as their No. 1 financial concern. It’s an enormous problem, and trying to solve it all at once brings on panic and paralysis. But after reporting for a year on the ways the medical industry blows through our money, I have one idea: Let’s end the egregious waste that’s draining our health care system.

The National Academy of Medicine has estimated the health care system wastes around $765 billion a year — about a quarter of what we spend. Eliminating all the waste could allow us to insure 150 million Americans, the Academy of Medicine said, and saving half of it could provide groceries for every household in the country for a year. Eliminating the waste would also stop our rising health care costs from eating up our wage increases. My premiums go up 9 percent next year. Same thing happened last year. Odds are your costs are rising, too.

It’s hard to downplay what I found when I began investigating the issue. Hospitals throw out so many valuable supplies that a cottage industry of charities has sprung up to collect this stuff and ship it to the developing world — otherwise, all those goods in that Maine warehouse would be headed for a landfill.

Nobody tracks how much hospitals waste rather than donate, and I couldn’t track down where each item came from. But experts told me when hospitals change vendors for a type of supply, they often toss the old stuff. Or, if they take over a clinic or facility, they get rid of the items that come with it, even if they are unused and unexpired.

The operating room is a major source of wasted spending. One hospital tracked the value of unused items that went to waste during neurosurgery procedures in a single year. The total: $2.9 million — for one type of surgery at just one hospital. In that case, the surgeons hadn’t updated their system of telling the staff which supplies to prep for each operation. They were opening many items they didn’t need, which then had to be thrown away even though they were unused. The hospital updated its approach to make sure they aren’t setting up for operations with excess supplies.

I learned that nursing homes throw away hundreds of millions of dollars’ worth of valuable medication every year. They typically dispense drugs a month at a time for patients and often have them discontinued if the patient dies or transfers. The excess drugs get trashed, incinerated or even flushed down the toilets, contaminating our water supply. The chief executive of a pharmacy that serves nursing homes in Florida told me that his company alone throws away about $2.5 million a year in valuable medication.

In Iowa, the state government funded a program to recover these castoff nursing home meds and donate them to needy patients, for free. This year, they’re on pace to recover and redistribute $6 million in medication. My story led policymakers in Florida and New Hampshire to introduce legislation to try to replicate the Iowa program.

Drugs are a huge source of waste, partly because drug expiration dates don’t mean what we think they mean. The Food and Drug Administration makes pharmaceutical companies show their medication is safe and effective until its expiration date. It doesn’t make them find out how long they actually last.

Studies show it’s common for a drug to be safe after its expiration date. The FDA runs a program that tests and then extends expiration dates on drugs in the federal government’s stockpiles. Those same drugs get thrown away in pharmacies when they “expire,” even though many of them are in short supply. How much of our money does it waste? One midsize hospital in Boston throws away about $200,000 worth of drugs a year that hit their expiration date. If that’s true for other hospitals, the total would be about $800 million a year for hospital pharmacies alone.

Meanwhile, drug companies are making eyedrops two or three times larger than what the eye can even contain. We are paying for the wasted medicine running down our cheeks. I spoke to the former head of research for Alcon Laboratories, a global leader in the eye care industry now owned by Novartis. He told me that in the early 1990s his team created a “microdrop” that eliminated the waste. The microdrops were effective and reduced the burning caused by larger drops. But Alcon’s leaders killed the project because they were worried it could reduce sales.

Vials of cancer drugs are also made too large, which one study said wastes about $1.8 billion a year in the valuable medication. Earlier this year, one drug company switched from a multiuse vial, which could be shared by patients, to a single-use vial that could not be shared, thereby increasing the amount of wasted cancer medication. The change would make the supply chain more reliable worldwide, the company said. But one cancer center calculated that the change would cost each patient an average of $1,000 in waste per infusion. Imagine: You’re fighting cancer and then get billed an extra thousand dollars for medication they toss in the trash. Two U.S. senators responded to my story by introducing legislation to solve the problem of oversized eyedrops and cancer drug vials.

These are not isolated examples or small sums being squandered. Let’s say my reporting identified about $10 billion in wasted spending. That’s a rough estimate because no one is actually tracking how much we’re wasting. What else could we be doing with that money? The Kaiser Family Foundation says it costs an average of $6,690 to pay one person’s insurance premium in 2017. At that rate, the $10 billion saved could insure about 1.5 million people for a year. Tell those people it isn’t important to reduce our wasted health care spending.

The Academy of Medicine did something smart when it reframed our health care overspending as waste. We may be a wasteful country, but we still teach our kids to eat everything on their plates. “Waste not, want not,” is baked into our cultural DNA. It’s a powerful concept because it’s a moral one. It’s wrong to squander the hard-earned dollars Americans are paying into the health care system and then demand they pay more.