Posted by timmreardon on 12/18/2017
Posted in: Uncategorized. Leave a comment 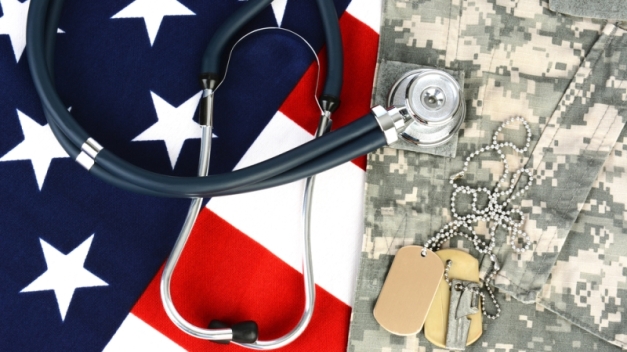 Since 2001, the Department of Veterans Affairs (VA) has tried three different modernization programs for its healthcare system. So when the department announced another plan to modernize by adopting the same system as the Department of Defense (DoD), the Subcommittee on Information Technology was skeptical and interrogated them in a Dec.7 hearing.

The VA announced in June that it would no longer develop the Veterans Health Information Systems and Technology Architecture (VistA) program, a decentralized system that launched in the early 1980s. Even though physicians voted this system the most user-friendly, VA officials want to move to a centralized, unified system. The VA will centralize its healthcare infrastructure by moving to the same Cerner system as the Department of Defense (DoD). This $10 billion system should begin operating within a year and a half, and be completed in 10 years.

According to Scott Blackburn, the acting CIO for VA, the department decided to abandon the VistA effort because “to bring VistA up to where it needs to be is our most expensive option. VA would have to spend roughly $19 billion over 10 years to upgrade and maintain VistA to industry standards, and this still would not provide all the needed enhancements and upgrades as well as interoperability with DoD.”

The two biggest advantages of adopting the same Electronic Health Records (EHR) system as the DoD are seamless operation and giving veterans one healthcare record from the time they enter the service.

Committee members, including Reps. Will Hurd, R-Texas, and Gerry Connolly, D-Va., expressed skepticism of VA’s plans to modernize. They grilled VA officials about how the system will operate during the transition, how veterans will schedule appointments in that period, and how much of the new system will reside in the cloud. While the current VA scheduling system meets the seven requirements outlined in the Faster Care for Veterans Act, it also has multiple systems performing the same task. Committee members suggested that VA use off-the-shelf scheduling options to transition its program and simplify scheduling options.

Blackburn revealed that the program planned to customize Cerner’s offering as little as possible to avoid the complexity of previous customized systems.

John Windom, the program executive for EHR modernization at VA could not say what percentage of the new system live in the cloud – and conceded that it would not be an entirely cloud-based system.

The VA received a B+ for its grade on the FITARA scorecard, and promised to improve to an A by optimizing its data centers. VA revealed that it has a total of 386 centers. The department closed 23 of them this year and aims to close 91 by the end of 2018. VA asserted that using the Cerner system will help it cut the number of data centers dramatically, and that the department’s ultimate goal is to consolidate to 14 core and 42 special-purpose data centers by 2020.

David Powner, director of IT management issues at the Government Accountability Office (GAO), made five recommendations to VA based on the GAO’s report. He advocated for involving the Executive Office in order to keep leadership consistent despite possible CIO turnover, building a robust program management team, being willing to change operating practices, using lessons from the DoD, and building appropriate cybersecurity measures into the modernization process.