Posted by timmreardon on 11/19/2017
Posted in: Uncategorized. Leave a comment

In China, you can use your face to get into your office, get on a train, or get a loan. 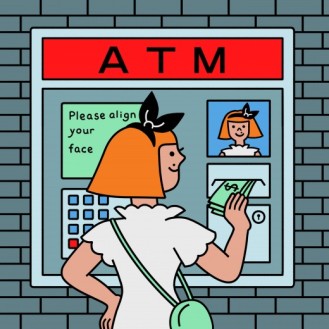 In China, face recognition is transforming many aspects of daily life. Employees at e-commerce giant Alibaba in Shenzhen can show their faces to enter their office building instead of swiping ID cards. A train station in western Beijing matches passengers’ tickets to their government-issued IDs by scanning their faces. If their face matches their ID card photo, the system deems their tickets valid and the station gate will open. The subway system in Hangzhou, a city about 125 miles southwest of Shanghai, employs surveillance cameras capable of recognizing faces to spot suspected criminals.

The technology powering many of these applications? Face++, the world’s largest face-recognition technology platform, currently used by more than 300,000 developers in 150 countries to identify faces, as well as images, text, and various kinds of government-issued IDs (see “50 Smartest Companies 2017: Face++”).

Paying With Your Face: 10 Breakthrough Technologies 2017

Face-detecting systems in China now authorize payments, provide access to facilities, and track down criminals. Will other countries follow?

Other Chinese companies, such as Baidu and the startup SenseTime, also provide face-recognition technology to developers, but Face++’s popularity has been a boon for Megvii, the Beijing-based company that created and runs the platform. Founded in 2011 by three Tsinghua University graduates, Megvii is now valued at roughly a billion dollars and boasts approximately 530 employees, up from about 30 employees in 2014.

Megvii believes that as the Internet takes over more and more commercial and social functions, face recognition will become part of the Web’s infrastructure as a means of identification, though only for activities that require real identities. Other tech companies seem to be betting on this scenario, too; Samsung’s Galaxy S8 and S8+ phones support face recognition (for unlocking the devices), and Apple is rumored to be equipping its upcoming iPhone 8 with the technology.

Face ID, Megvii’s online identity authentication platform, is one way Face++ is being integrated into the Internet’s infrastructure. (Face ID’s face-comparison API interface utilizes Face++ technology.) Nearly 90 percent of China’s roughly 200 top Internet companies use Face ID, according to Yin. It’s particularly popular with online financial services since they need to authenticate user identities remotely. (To avoid people tricking them with a photograph, these apps usually perform a “liveness test” that requires users to speak or move their heads.)

Xiaohua, which operates a virtual bank that grants loans and offers payments by installments through a mobile app called Xiaohua Qianbao (“Little Flower Wallet”), is a typical Face ID customer. Users scan their face using the app to get approved for loans and to ensure that nobody can authorize actions in the app if their phone is lost or stolen. “Xiaohua Qianbao is a purely online borrowing and lending product, so our first need is fraud prevention,” says Lingpeng Huang, a cofounder of Xiaohua. “Face recognition has eliminated the risk of fake identities.”

Megvii trains the algorithms that power Face++ and Face ID by feeding large data sets into a deep-learning engine called Brain++. (Deep learning involves feeding examples into a large, many-layered neural network, and tweaking its parameters until it accurately recognizes the desired features, such as a particular person’s face.)

To amass huge amounts of training data, Megvii let most developers use Face++ for free during the platform’s first two years of availability in 2012 and 2013. Megvii also purchases photos from data-collection companies to aid its training.

The company built Brain++ in 2015 and says having a self-developed deep-learning engine helps it train its algorithms more efficiently. “[It] translates into more competitiveness for our products,” says Jian Sun, Megvii’s chief scientist.

Another advantage of having its own deep-learning platform: Megvii can customize its face-recognition technology for different customers easily. That matters because a police department, for example, will value accuracy above everything else, but a company looking to use face recognition in a mobile app needs to ensure that the software is small enough to fit inside the app—without sacrificing too much accuracy.

When CEO Qi Yin launched Megvii, he wanted to gain traction in a few key areas. “An AI company has to be No. 1 in one or two core industries first [to succeed],” he says.

Now that Face++ is entrenched in banking and finance, Megvii’s cofounders have plans to integrate its face recognition and other computer-vision technologies into more industries, such as retail and self-driving cars. For that to happen, the company needs to show those industries how they will benefit, such as how much fraud its technology can reduce every year, says Jiansheng Chen, an associate professor at Tsinghua University who studies computer vision.