Personal Genetic Testing Is Here. Do We Need It? – NY Times

Posted by timmreardon on 10/09/2017
Posted in: Uncategorized. Leave a comment 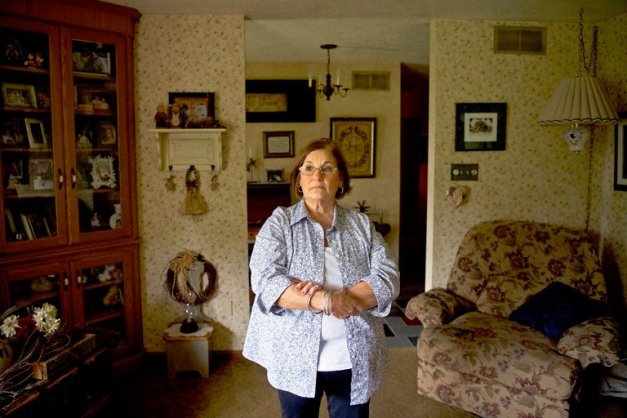 For years, Jody Christ, 62, struggled to control her high cholesterol. Her doctors encouraged her to exercise, change her diet and lose weight, but none of that ever seemed to lower her numbers.

When her health plan, the Geisinger Health System of Pennsylvania, offered a genetic test that screens for dozens of hereditary diseases, she submitted a saliva sample and awaited the results. The test revealed she had familial hypercholesterolemia, an inherited condition that causes the body to churn out cholesterol. Her doctors followed up with additional medical tests that showed Ms. Christ had life-threatening blockages in three coronary arteries, prompting triple bypass surgery last year. They also tested her daughter and granddaughter and found that they, too, had the condition, which affects an estimated one million Americans.

Ms. Christ, who lives in Elysburg, Pa., has since gotten her cholesterol under control with medication and credits the genetic test with saving her life. “If I had not taken that test I might be dead by now,” she said.

Geisinger’s genetic screening panel is currently available only to patients in its health system. But the organization has partnered with a Silicon Valley start-up called Helix, one of a growing number of digital health companies — perhaps the best known is 23andMe — in an effort to make its genetic services more widely available to the public.

Experts say many people are using a growing stream of genetic data to help them make better health decisions. But they also warn that some consumers may be led astray by genetic findings that are overblown or irrelevant. The Centers for Disease Control and Prevention, for example, takes a cautious approach to personal genomics tests, telling consumers on its website to “think before they spit” and that “evidence on the ability of genetic information to change health behavior has been lacking.”

For an initial fee of $80, customers send a sample of their saliva to Helix, which sequences a small chunk of their genome called the exome — the part that houses most disease-causing mutations — and stores the genetic data. Customers can then go to the online Helix store — something like Apple’s app store — and pay its partner companies to comb through their data in search of genes linked to diseases, traits or health conditions.

So far some two dozen companies have partnered with Helix. One is Sema4, which was spun out of the Mount Sinai Health System and sells a test on the Helix platform that determines whether people are “carriers” of genetic variants linked to 67 hereditary disorders, including cystic fibrosis, sickle cell anemia and Tay-Sachs disease. The service, called CarrierCheck, costs $199 and is marketed toward couples who want to know the likelihood of their children inheriting a severe disease.

Another company, Invitae, plans to offer two separate screening panels to Helix customers. One looks for genetic variants linked to breast, ovarian and colon cancer. Another, expected to be introduced later this year, will look for hereditary heart conditions such as cardiomyopathy and various arrhythmias, potentially in people who have no idea they’re affected. “This is really for people who don’t have any reason to think that they’re at particular risk — but the problem is you really don’t know unless you do the genetic test,” said Dr. Robert L. Nussbaum, Invitae’s chief medical officer.

Other companies that partnered with Helix include EverlyWell, which analyzes genes linked to metabolism, and Admera Health, which predicts how people will respond to medications based on their genetic profiles. Additional services claim they can tell from your genes and other information how you’ll respond to exercise, which foods you should eat, and even which types of wine you might prefer.

Dr. Eric Topol, a cardiologist and professor of genomics at the Scripps Research Institute in California, said there was great potential value in consumer genomics tests, particularly with services like those developed by Geisinger, Invitae and Sema4 that are backed by strong data. But he cautioned that there was not enough evidence for many of the genetic claims being made about exercise and nutrition, and worried that many people would not be able to distinguish the services that are scientifically rigorous from those that are not.

Joel C. Eissenberg, a professor and associate dean in the department of biochemistry and molecular biology at the Saint Louis University School of Medicine, said that unlike some direct-to-consumer tests, like whole-body CT scans, which can expose consumers to potentially harmful radiation, personal genetic tests pose no risk of physical harm. “I’m a big fan of the democratization of health care delivery, wherever it’s not a risk for the patient,” he said.

A negative side effect from genomics testing is distress when people discover they have a mutation linked to a disease, studies have shown, though the anxiety tends to be short-lasting. In April, 23andMe received approval from the Food and Drug Administration to market the first direct-to-consumer genetic tests for 10 diseases, including Alzheimer’s and Parkinson’s, with no doctor involved. The company, however, does offer links to genetic counselors on its website for those who desire follow-up.

Unlike 23andMe, most companies require some sort of approval from a doctor for personal genetic tests. When customers order a test from Sema4 through Helix, for example, a physician “reviews their report, signs off on it, and then you’re genetically counseled around that report,” said Eric Schadt, the company’s chief executive.

Invitae has a similar protocol in place for its cardiac disease test. Customers will have to fill out a health questionnaire, and those with a strong family history of heart disease will be referred to a doctor for more in-depth diagnostic testing.

“You have to have a physician involved in ordering this test,” said Dr. Nussbaum, Invitae’s chief medical officer. “But it’s really designed for the motivated and educated consumer to initiate the process.”.