Posted by timmreardon on 08/26/2017
Posted in: Uncategorized. Leave a comment

As Congress continues to negotiate a repeal and replacement of the Affordable Care Act (ACA), some observers have suggested that if Republicans are unable to pass a replacement plan, it will create momentum for Democrats to push the country towards a single-payer health care system. This section of the latest Kaiser Health Tracking poll finds that while there has been a modest increase in the public’s level of support for single-payer in recent years, a substantial share of the public remains opposed to such a plan, and opinions are quite malleable when presented with the types of arguments that would be likely to arise during a national debate.

The June Kaiser Health Tracking poll finds that a slim majority of the public (53 percent) now favors a single-payer health plan in which all Americans would get their insurance from a single government plan, while just over four in ten (43 percent) are opposed. This is somewhat higher than the level of support found in a variety of Kaiser polls with slight variations in question wording dating back to 1998. From 1998 through 2004,  roughly four in ten supported a national health plan, while about half were opposed. In polling from 2008-2009, the period leading up to passage of the ACA, the public was more evenly divided, with about half in favor of a single-payer plan and half opposed.

Independents May Be Driving Slight Shift in Overall Attitudes
Not surprisingly, there are partisan divisions in how the public feels about single-payer health care, with a majority of Democrats (64 percent) and just over half independents (55 percent) in favor and a majority of Republicans (67 percent) opposed. However, the recent increase in support for single-payer has largely been driven by an increase among independents. Among this group, on average in 2008-2009, 42 percent said they would favor a single-payer plan, a share that has increased to a majority (55 percent) in the most recent tracking poll.

Figure 2: Increase in Support for Single-Payer Driven by Independents

Language often matters in framing questions about health policy. For example, the February 2016 Kaiser Health Tracking Poll found that when terms were tested on their own, outside the definition of a national health plan that would cover all Americans, the public was more likely to react favorably to the term “Medicare-for-all” (64 percent favorable) than “single-payer health insurance system” (44 percent favorable). However, the current poll finds that when the plan is defined as one in which all Americans would get their insurance from a single government plan, support is similar when the plan was referred to as “Medicare-for-all” (57 percent in favor) as when it was referred to as “single payer” (53 percent). 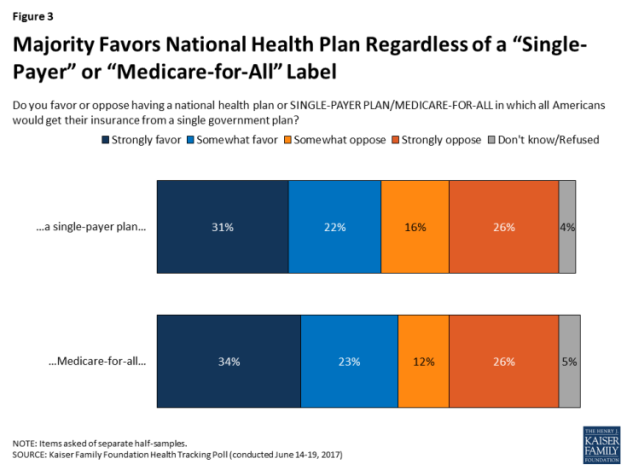 Figure 3: Majority Favors National Health Plan Regardless of a “Single-Payer” or “Medicare-for-All” Label

Support for Single-Payer is Malleable When Given Opposing Arguments

The poll finds the public’s attitudes on single-payer are quite malleable
While a slim majority favors the idea of a national health plan at the outset, a prolonged national debate over making such a dramatic change to the U.S. health care system would likely result in the public being exposed to multiple messages for and against such a plan. The poll finds the public’s attitudes on single-payer are quite malleable, and some people could be convinced to change their position after hearing typical pro and con arguments that might come up in a national debate. For example, when those who initially say they favor a single-payer or Medicare-for-all plan are asked how they would feel if they heard that such a plan would give the government too much control over health care, about four in ten (21 percent of the public overall) say they would change their mind and would now oppose the plan, pushing total opposition up to 62 percent. Similarly, when this group is told such a plan would require many Americans to pay more in taxes or that it would eliminate or replace the Affordable Care Act, total opposition increases to 60 percent and 53 percent, respectively.

On the other side, when those who initially oppose a single-payer or Medicare-for-all plan are asked how they would feel if they heard such a plan would reduce health insurance administrative costs, four in ten (17 percent of the public overall) change their position and say they would now favor the plan, bringing total support to 72 percent. Similarly, when this group is told such a plan would ensure that all Americans have health insurance as a basic right or that it would reduce the role of private health insurance companies in health care, total support increases to 71 percent and 65 percent, respectively.