Posted by timmreardon on 10/03/2015
Posted in: Uncategorized. Leave a comment

The federal Interoperability Task Force presented its report to the Health IT Policy Committee during its Sept. 9 meeting, covering clinical, technical, organizational and financial barriers. 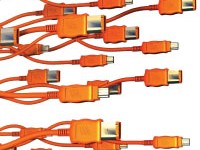 There is motivation for interoperability, said task force chair Paul Tang, MD. But, the global and specific actions required by whom and when is less clear and “when there is less clarity, market hesitation and slowness.”

While the timeline announced by the secretary of the Department of Health and Human Services is aggressive, Tang said it is achievable. But, the current pace is not fast enough to meet the timeline. “The impact of pay-for-value is not yet palpable.”

Where use cases are clear, progress can be faster, according to the task force, citing the success of electronic prescribing. In that case, the financial incentives are real and easily measured, there is a small number of stakeholders which makes it easier to engage a critical mass and necessity drove organic standards development.

In contrast, broader interoperability is complex with multiple participants and stakeholders. “To really deal with what we’re asking for–move important, relevant information among various stakeholders to improve health—is a big, heavy lift,” said Tang. Synchronous collective action is required and there are a lot of costs, competing priorities, and technology and standards required. Data need to be sent, received, integrated and used to achieve meaningful impact.

Successfully achieving interoperability requires a delicate balance between uniformity and specificity of standards and prescriptive functions and methods—which may have unintended adverse effects on workflow and hamper innovation, said Tang. “We want as much defined as possible so everybody is working off of the same page but we want to leave the specifics up for innovation.”

Healthcare needs modular standards that can be tailored to prevalent, high-value workflows, with modern software development practices and rigorous measurement and testing procedures, according to the task force’s report.

They also discussed the need for HIE-sensitive measures—measures that matter, particularly to consumers, individuals and patients, such as functional status. Individuals “are very concerned and frustrated about the lack of coordination of care,” Tang added.

Among the task force’s draft recommendations are convening of a major stakeholder initiative co-led by the federal government and private sector to act on the ONC’s roadmap to accelerate the pace of change toward interoperability. “We want to make sure the roadmap is not just a book on a shelf,” said Tang.

The time is right, he said, because “the landscape has changed dramatically. Five years ago, maybe 4 percent of clinicians had a comprehensive EHR that wouldn’t even meet today’s Stage 2 standards. We’ve gone from 0 to 60 in a few short years.” And, there is now a plan, motivation, incentives and the data for national interoperability.

“We need the convening power of the government to spur collective action and enduring private sector business interests to sustain the effort.”

The task force also called for the development and measurement of HIE-sensitive outcomes for public reporting and payment.

The market is moving in the right direction, said Tang, but a complex, synchronous multistakeholder effort is required.

Committee members offered Tang much praise for the task force’s report but they asked for more detail and said the effort should not be funded by the government indefinitely.