How Designers Are Reinventing Trauma Care to Save Soldiers’ Lives – Wired

Cedars-Sinai’s OR360 is a simulation space where doctors can play out hypothetical emergency situations. The ceiling is a gridded trolley system that allows the space to be endlessly reconfigurable. CannonDesign

Trauma care is hectic by its very nature. But in hospitals, where a minute lost to disorganization and miscommunications can make the difference between life, death or an extended stay, even the tiniest of extraneous disruptions can turn into a huge problem.

Trauma bays and operating rooms are designed to run as smoothly as possible, but inefficiencies still plague the system. Cedars-Sinai Hospital in Los Angeles partnered with the Department of Defense to build out the OR360, a new innovation center where doctors and military personnel can simulate hypothetical scenarios in order to simplify and streamline trauma care.

“It’s no different than the erector sets where everything could be screwed, unscrewed and changed very quickly.”

Funded by $3.8 million in grants from the DoD and designed by CannonDesign, the nearly 10,000-square-foot space is the hospital’s answer to the big question of: How can you make trauma care, both in hospitals and in military situations, faster and more effective? “In a world where the availability of treatments is growing but the money available to treat people is shrinking, being able to work out ways in which to be more efficient becomes much more valuable and important,” says Ken Catchpole, director of surgical safety and human factors at Cedars-Sinai. “It’s not about the technical ability of a surgeon or nurse, it’s actually about what are the things that are getting in the way, preventing them from using that expertise in the best possible way?” 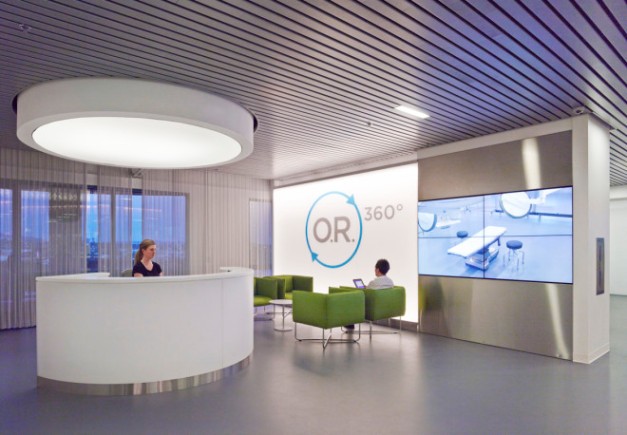 The entryway to OR360, which is off the main Cedars-Sinai campus. The space looks out onto the rolling Hollywood Hills. CannonDesign

The logic here is simple. The faster you care for a patient, the more likely he or she is to survive. These “flow disruptions,” things like poorly organized equipment and lack of communication between team members, can be hugely detrimental to a patient’s health. The OR360, then, is a place to work out the kinks and try out new ideas and workflows. After all, it’s hard to beta-test solutions in a real operating room.

The OR360 space takes up an entire floor in an old medical office building off the main Cedars-Sinai campus. It’s part meeting space for brainstorm sessions, part simulation center. Of course, simulation is common practice at hospitals. But while most simulation spaces aim to be a mirror of actual operating rooms, OR360 prides itself on its ability to undergo chameleon-like transformation.

CannonDesign designed the space to be endlessly reconfigurable, by implementing a gridded trolley system on the ceiling that allows the surgical lights, equipment booms and the glass walls to be repositioned or removed altogether. “It’s no different than the erector sets where everything could be screwed, unscrewed and changed very quickly without having to be an engineer,” says Carlos Amato, Healthcare Design Leader for CannonDesign.

The designers wanted OR360 to function more like a theater where doctors and military professionals could set the stage for whatever scenario they needed to test. “If you really want to simulate, you cannot begin with a predefined box,” says Amato. “Starting with a traditional simulation room where you’re bound by the limits of the space, suggests that you have to do things one way.” 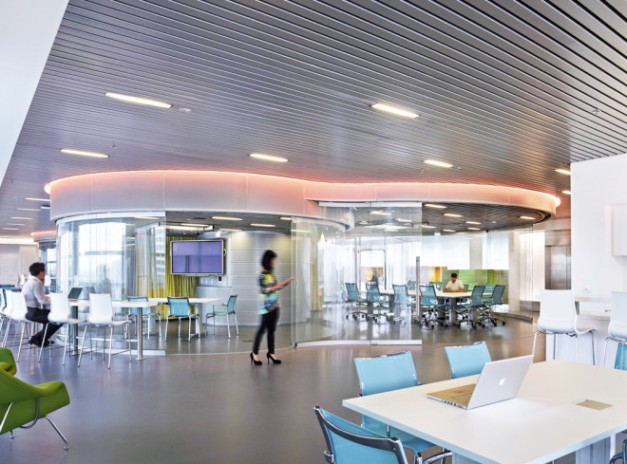 The goal is to use the space for not just simulation, but brainstorming and happenstance meetings between different groups from the hospital. CannonDesign

A Wealth of Solutions

Cedars-Sinai staff began using the OR360 earlier this year, and since then they’ve turned it a battlefield OR room, they’ve brought in a Hollywood set designer to remake it into a bedroom in order to test an on-patient drug delivery system, and they’ve simulated a simultaneous fire and earthquake scenario to see how doctors would react. “We can set up complex scenarios that we might wait for a long time to see in emergency department in real life,” says Catchpole.

Based on their findings, doctors have implemented some fundamental changes in the real operating room. They include:
◾Color-coded trauma bays, which reduce confusion and friction between team members who need to grab equipment.
◾Whiteboards in trauma bays that display key information about patients before they arrive via ambulance and conducting pre-briefings.
◾An iPhone app with patient diagnostic data (blood pressure and vital signs) that will be used hospital wide to disseminate data to various teams of doctors.

These seem like fairly obvious improvements, but keep in mind this was all stuff that didn’t exist prior to opening the simulation center. For what it’s worth, the whiteboards and pre-briefings reduced the time to capture first radiological images by more than 10 percent and the time to draw blood for first lab tests by more than 20 percent. The standardized, color-coded trauma bays reduced the time needed to collect supplies by about 15 percent.

It’s a good start, but Cedars-Sinai believes that the space has only begun to help them smooth over other issues that have long plagued the healthcare system. “It really does fire up people’s imaginations,” says Catchpole. “Every day were in our own little worlds. We aren’t always able to escape that and see there’s a better ways of doing things.”