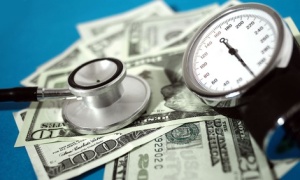 Worried that the Defense and Veterans Affairs departments might continue to spend years and billions of dollars in a “futile exercise” to develop their own electronic health record systems “and lose sight of the end-goal of an interoperable record,” lawmakers included funding restrictions in the 2014 Omnibus Appropriations Act the House passed Wednesday.

Both the House VA and Defense appropriations committees have defined the goal –interoperability — as the ability to exchange computable information electronically between the departments based on common data standards. Similar language is included in the 2014 National Defense Authorization Act signed by President Obama late last month. The omnibus spending bill eliminated language in an earlier version of the 2014 VA appropriations bill that called for development of a single record to serve both departments.

The two departments abandoned efforts to develop a single EHR in February 2013 when the estimated costs of a system reached $28 billion, four years after President Obama called for development of a joint record in April 2009.

“The committees want to be very clear with both departments: An interoperable record between the two departments is the chief end goal for Congress,” said the VA section of the omnibus bill the House approved Wednesday.

“The evolution and/or procurement of new health record systems is an important project for the departments to undertake, but it will end up being a futile exercise if the result is not the development of systems that will be interoperable, defined as the ability to exchange computable information electronically,” the section said. “There is rising concern the departments will spend years and billions of dollars on their own electronic health record systems and lose sight of the end-goal of an interoperable record.”

The VA section of the omnibus bill transfers $251.9 million that VA originally requested for the integrated EHR to support development of an upgraded version of its Veterans Health Information Systems and Technology Architecture, dubbed VistA Evolution. It provides $32.9 million for the Virtual Lifetime Electronic Record, which includes benefits information.

The language precludes VA from spending more than 25 percent of the VistA Evolution budget until the department describes to Congress how it will adhere to data standards defined by the Interagency Program Office, or IPO, which  was originally set up to develop the integrated EHR. The lawmakers also want updates on “how testing will be conducted in order to ensure interoperabity between current and future DoD and VA systems.”

The Defense Appropriations Committee said the IPO — whose director, Barclay Butler, departed last September with little public notice — now has the responsibility to establish and approve the clinical and technical data standards that “will insure seamless integration of health data between the two departments and private health care providers.”

Last May, Defense Secretary Chuck Hagel backed development of a new Defense EHR based on commercial software. In September, the Pentagon established the Defense Healthcare Management Systems Modernization, or DHMSM, office to manage development of the new EHR.

DHMSM plans to kick off a procurement for the new Defense EHR in March. The Defense section of the omnibus bill allows DHMSM to spend only 25 percent of its budget until it provides Congress with a budget for the full cost of the new EHR. The omnibus bill does not break out the DHSM EHR budget, but chopped the overall procurement budget for the Defense Health Agency by $204.2 million for the integrated EHR it now considers as “excess.”

The Defense Appropriations Committee echoed the VA Committee, saying it is “imperative” that the Pentagon “does not lose sight of the ultimate goal of interoperability” with the VA EHR.

Get the Nextgov iPhone app to keep up with government technology news.